Maya No Mystery to Her 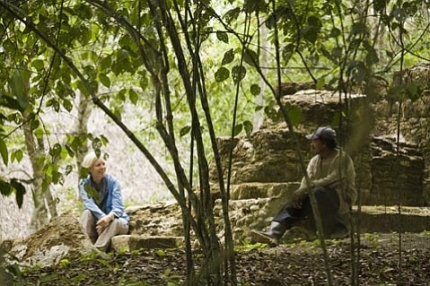 In 2001, I traveled to the Belize-Guatemala border to report on UCSB archaeologist Anabel Ford’s many discoveries at El Pilar, the Maya monument complex she uncovered in 1983. That’s where she developed revolutionary theories that threatened to rock the academic world, namely that the Maya did not “disappear” due to an overpopulation cataclysm, but merely dwindled with time. Instead, Ford found that the Maya proudly persist in Mesoamerica; that they use the surrounding forest as a sustainable, civilization-supporting garden like they have for millennia; and that the use of fire is a critical part of that farming, not indicative of a widespread “slash-and-burn” culture that so many believe contributed to their demise.