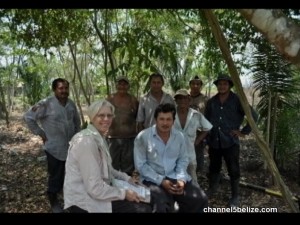 Doctor Anabel Ford is an archeologist, who having discovered El Pilar in the west, has put in at least two decades of research arguing that the Maya’s milpa cycle is one of the same with the forest. She maintains that the practice of the Mayas in cultivating ‘forest gardens’, involved sequencing an area from a closed canopy forest to an open field. When it was cleared, it gave way to annual crops that would become an orchard garden that would then evolve into a closed canopy forest in a circuit that repeated itself.  Her theory is contained in a publication launched today: Maya Forest Garden, which is co-authored by Ron Nigh, an ethnographer. News Five’s Isani Cayetano reports.