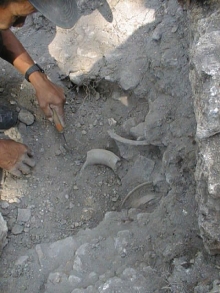 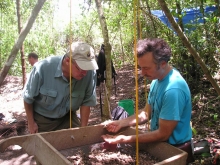 The ceramic collections of the BRASS study indicate initial occupation by the Middle Preclassic Period in all zones.  Growth is clear from the Middle Preclassic to the Late Preclassic, during which time occupancy nearly doubles and the majority of all residential zones are occupied.  There appears to be significant building and rebuilding associated with uncontaminated Late Preclassic layers at El Pilar and Yaxox which pushes back the initial period of centralization in the area from the Late Classic, around 600 A.D., to the Preclassic, around 250 B.C.

Late Classic pieces are abundant in the study area.  Settlement is well represented in the Late Classic, with 98% of the residential sites occupied.  This growth appears to correlate with the major building activity in the valley, including large public construction undertakings at all the centers in the study area.

These data represent an important corpus on the ancient Maya, incorporating investigations of residential and administrative center settlements as well as exploration and documentation of resources in the Belize Valley and the immediate northern upland interiors.  The BRASS project discovered a greater diversity in settlement patterns in the Belize River area than had been anticipated from previous work.  Instead of being homogeneous and restricted to the valley, settlements appear in a variety of environmental zones of the valley and interior of the area.